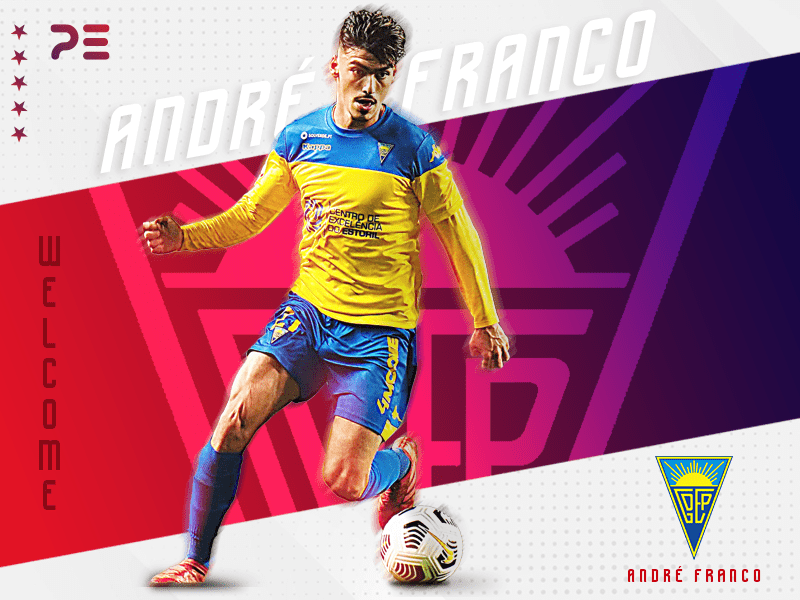 André Franco (1998) is a midfielder and stands out for his offensive ability on the field, which allows him to play in any forward position. His performance is getting better and better and this season he has doubled his appearances with the first team since his debut in 2019.

He is a high-intensity player whose left foot has contributed to good collective performances. One of the stars of the year has been his vision and set-piece determination that has culminated in promotion to the Portuguese First Division.

The Ligue 2 champion faces his first year in the country's top flight, which will be yet another challenge in his promising career.