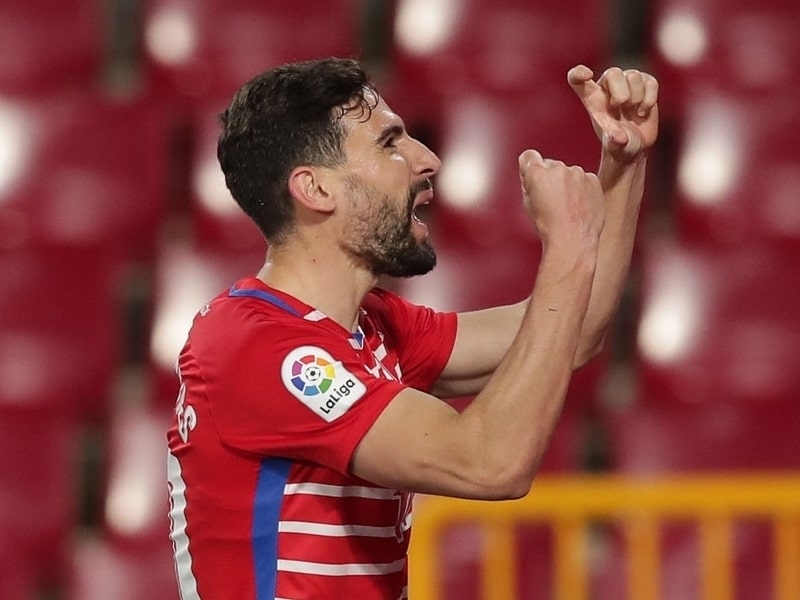 The Promoesport player scored the winning goal against Elche with a clever touch to keep the Nazaríes on their winning streak.

Granada CF is living a dream season. They sit in a privileged position in the domestic league table, jeopardized FC Barcelona in the Copa del Rey and knocked out Napoli in the Europa League, which meant qualifying for the round of 16 in a match that will go down in the annals of history.

However, all that glitters is not gold. The squad has suffered many setbacks due to injuries and Covid-affected players. No wonder, having played 41 games to date, the second-highest number in Europe, just behind Tottenham with 42.

It's at tough times when key players step up. And Antonio Puertas is always there when he is needed most. The number 10 player has scored at every level of the Andalusian club.

Last Sunday, he scored the last goal of the game after anticipating his defender and finishing with a tight shot. His goal keeps the team in eighth place, close to the European places, which would be a great achievement for two years in a row.

Puertas is synonymous with efficiency and solid performance. Whatever the opposition or the competition he has to play in, he carries the team on his shoulders. He is part of Granada's history.