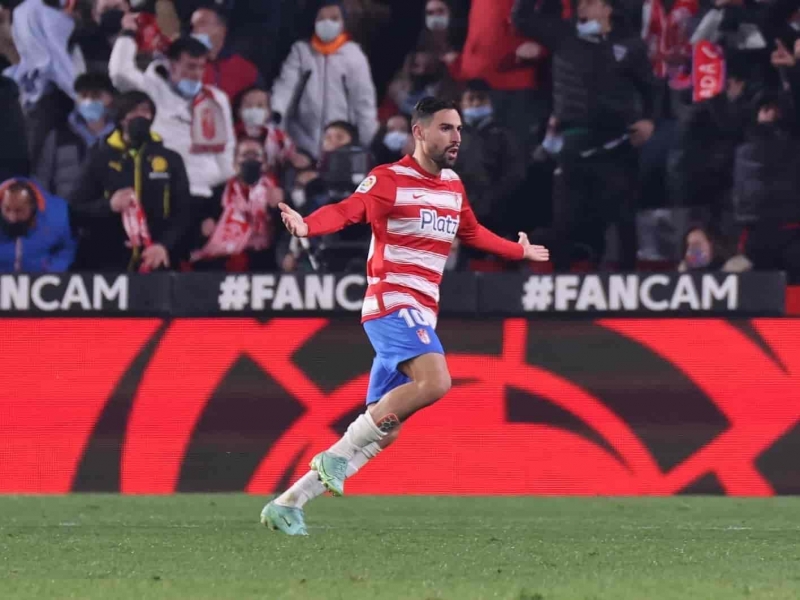 Granada are going through a seven-game run without losing in LaLiga Santander and continue escalating towards the top half of the table. Through this streak, their rivals have not been easy at all. Among them are teams like Athletic Club, Atlético de Madrid or their last victim, Barcelona, against whom they earned a well-deserved point in the final minutes. The author of the drawing goal, which materialized on the scoreboard the Andalusian’s pushing, was Antonio Puertas, represented by Promoesport.

The Almeria winger is a key piece in the southern club’s attack and is on a great shape. Three of the four goals he has converted so far in the league have come during this streak without losing. The last one, against the Catalonian club, was a top-bins goal with his left foot after getting a dead ball on a corner. His skills, defensive hard work, the amount of duels he wins and the danger he always has in the last third of the field make him an essential player.

Now, with a more relax calendar without the Copa del Rey fixtures, Granada can prepare thoroughly their next two games, two great opportunities to take the three points, the first one against a team that is having a bad season, Getafe; and the second against a direct rival who they can overtake in the table, Osasuna.