Carlos Soler, called up for the UEFA Nations League 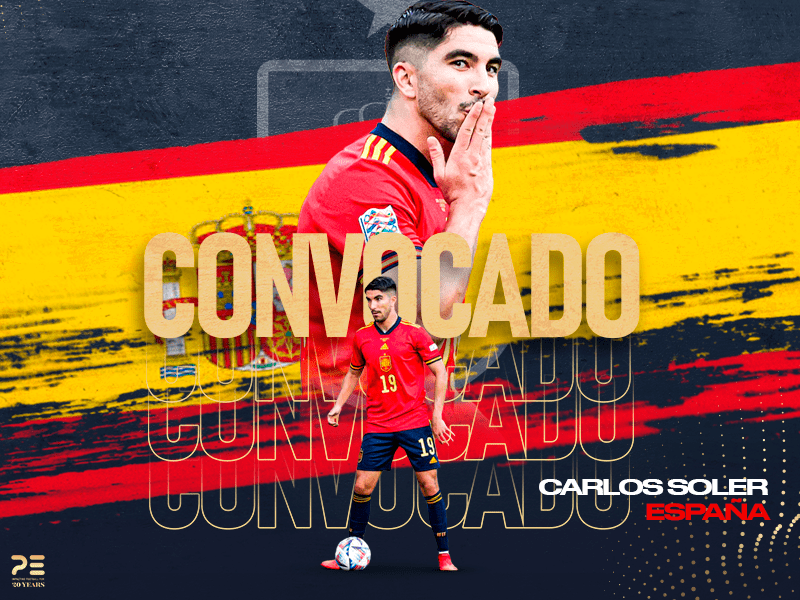 Carlos Soler, represented by Promoesport, has been called up by the Spanish national team to play two UEFA Nations League matches prior to the World Cup.

The PSG new signing is once again called up by Luis Enrique to face Switzerland at La Romareda on 24 September and Portugal three days later in Braga. The national team, where Soler has played a leading role in recent call-ups, face both matches as group leaders and are preparing for the World Cup in Qatar 2022.

The Valencia midfielder has played 9 games for the national team so far, 4 World Cup qualifiers, 3 Nations League games and 2 friendlies. His career with Spain began impeccably, scoring in the first two games against Sweden and Georgia.

His great form, accompanied by the progress he has made in his former team as captain and flagship of the club, has allowed him to become a regular in the call-ups and places him as one of the candidates to participate in Qatar.