Giorgi Aburjania stands out during his time with the Georgian national team. 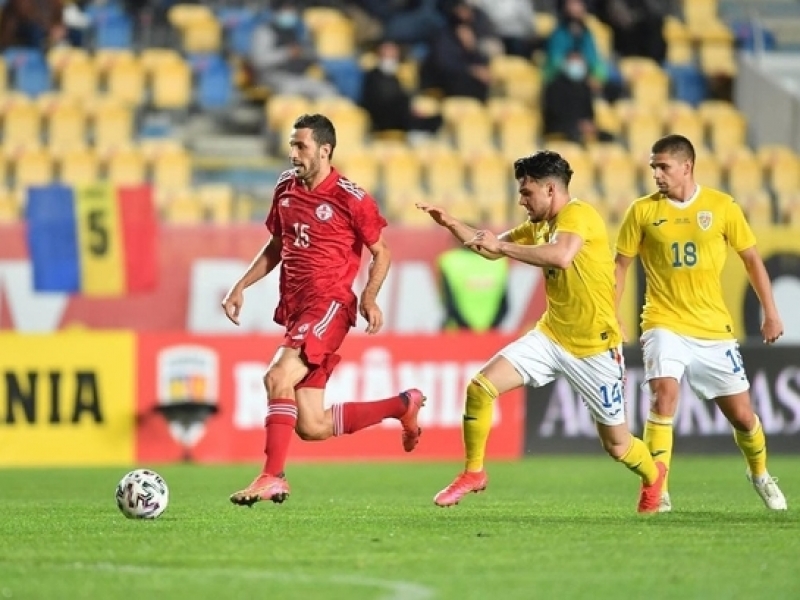 Midfielder Giorgi Aburjania stood out in his time with the Georgian national team. The victory in the friendly match against Romania was a demonstration of what the player is capable of. He was the architect of the second goal for the Georgian side, which was the winning goal for the visitors. The match, which ended 1-2, was really complicated for both teams because of two respective red cards, which makes the victory even more important for Willy Sagnol's team.

The footballer represented by Promoesport brought out his most offensive side and decided to create his own exhibition. Dribbling several opponents on the edge of the area, he managed to open up space to combine with his teammate, giving it back instantly for Aburjania to finish in the six-yard box.

After beating Romania at home, it is now the turn of the Netherlands, against whom they will play next Sunday. The Cartagena man could once again play a key role in a match of great difficulty, although his level of self-demand could not be higher. He has already made a name for himself in the Murcia team and, with a goal included, managed to secure a long-awaited and hard-earned stay in LaLiga Smartbank.