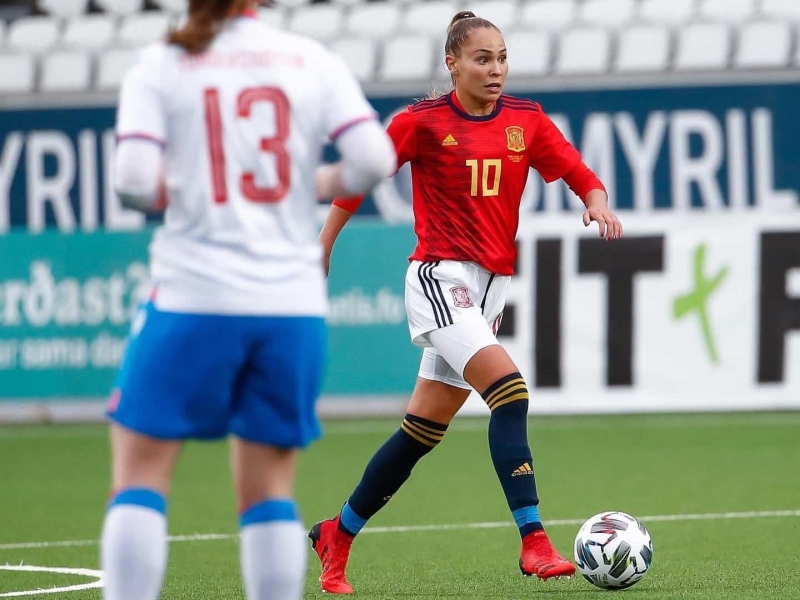 The women’s Spanish national team will play two more matches on their way to the Australia and New Zealand 2023 World Cup. On Thursday, November 25th, they will face Faroe Islands, the only team on group 2 with zero points yet; and on Tuesday, November 30th, they will play against Scotland, that have won their three matches and are tied with Spain at the top of the table. Both games will take place at La Cartuja, at 09:00 PM.

So far, the Spanish national team has thrashed all their rivals: 0-10 on their first match-up against Faroe Islands, 0-7 against Hungary, and 0-6 against Ukraine. In total, 23 goals scored and none conceded, statistics that put them as the main candidates to lead the group by the end of the qualifiers and access directly the 2023 World Cup. Scotland, their biggest threat, were only able to beat Hungary by a two-goal difference in the first game and a one-goal difference in the second.

Irene Guerrero, Levante UD player represented by Promoesport, has been called-up again with the national team, as she had been the last three games of the previous stage. To the good moment she is going through with her club, being named best player of their match against FC Barcelona of the last match-week, it must be added the trust that the national coach has in her. She has taken part in the three games, even getting a goal and an assist against Faroe Islands.