Isma Ruiz achieves dream of debuting in the Europa League 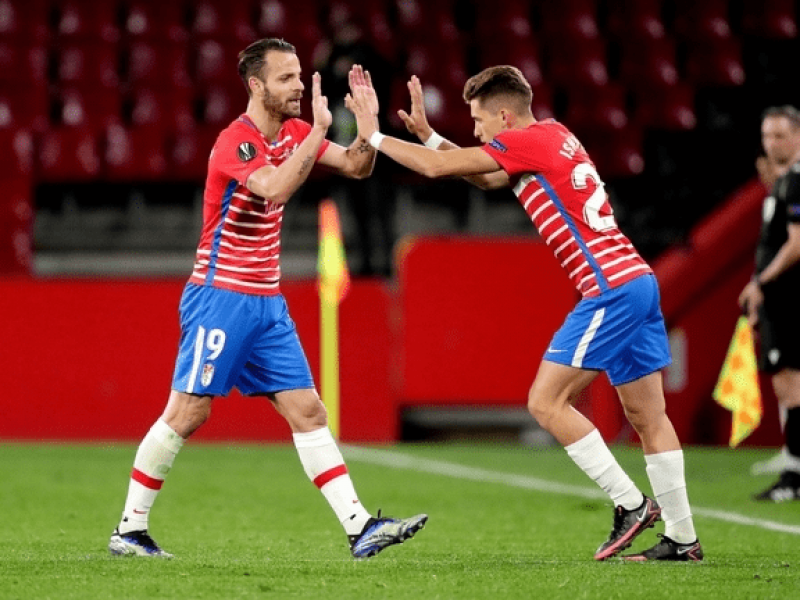 The academy player made his debut last night against Molde at the Estadio Nuevo Los Cármenes and has become the first player from the province of Granada to play a European competition match with the Nazarí team.

At 20 years old, he came on the field in the 80th minute to make his dream come true. He showed the ambition he has to succeed with the team that has seen him grow and adds another night to remember after making his debut with the first team in La Liga and Copa del Rey this season.

The player represented by Promoesport is an international with the U-20 Spanish National Team where he has also proved his worth. Both the managers of the national team and Diego Martinez, Granada’s CF manager, agree that we are talking about a player with a bright future and a great projection.

It will be difficult for Isma to forget the night when Granada CF overcame Molde FK in the first leg of the round of 16 by 2-0 and took a big advantage to get through to the next round. Even more so with his teammates Víctor Díaz, Antonio Puertas and Fede Vico around to support him.