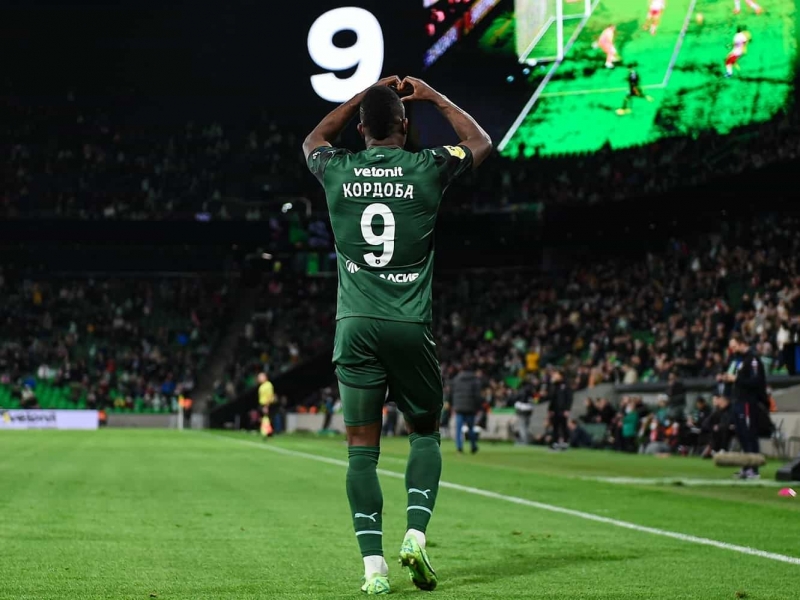 Krasnodar is still in the fight for the top positions of the Russian Premier League after their victory by 2-1 over Spartak Moscow. 15 matches in and they got seven wins and three draws. They sit fifth in the table with 24 points, one behind Lokomotiv and three behind Sochi. One of the sensations of the team this season is the scorer of the first goal of the match: Jhon Córdoba, the Colombian striker represented by Promoesport.

In the 14 matches he has taken part in, 11 of them as a starter, Córdoba has scored six times, a goal every 163 minutes. That average puts him among the top ten goal-scorers in the league and is helping to keep his team in the fight for the European spots. He began the season in a great shape, scoring in five of the first six matches, four of them in a row. Besides, he has handed out three assists and has provided 1,3 key passes per game.

His contribution will be fundamental in the next few matches for Krasnodar. In two weeks, they have a key date for their aspirations in the domestic competition: they will face Sochi, third in the table, an ideal chance to assault the UEFA Conference League qualifying spots.