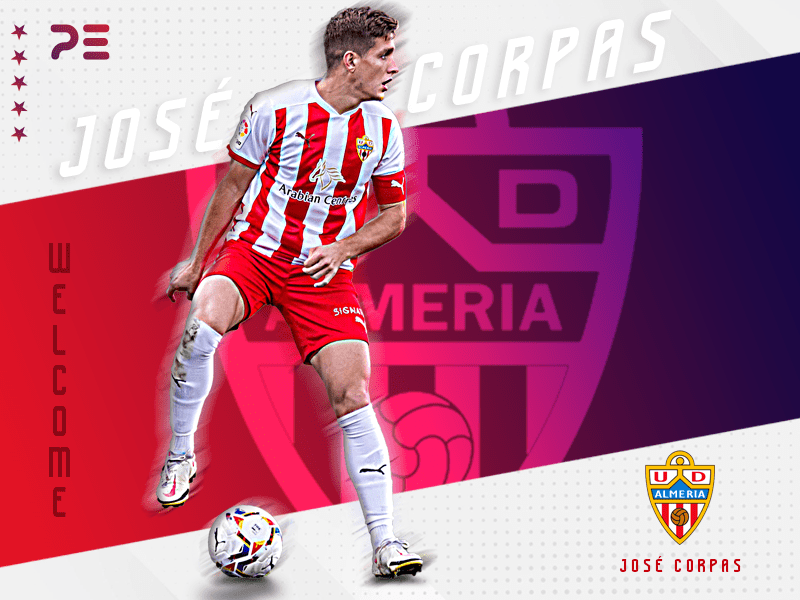 UD Almeria winger José Corpas has chosen Promoesport as his agency to advise him in his sporting career.

Born in Baños de la Encina (Jaén), 29 years old, he plays as a winger and is a key player in the Almeria team, which ranks third in LaLiga SmartBank. They are currently in the Playoff promotion places and only six points away from direct promotion.

We are talking about a dynamic and offensive player, able to play on both wings thanks to his good use of both legs. Wearing the number 17 on his back, Corpas has already played 37 games, 33 in the league and 4 in the cup, scoring 12 goals and assisting 7 times. These are so far the best figures of his career, as he has managed to beat all his personal records and is showing a very high level in a challenging club that has promotion on its mind.

He has a lot of experience in Spanish football. He has worn the shirt of Linares Deportivo in the 3rd Division, where he earned promotion to 2ª B. In 2017, he signed for Marbella FC and managed to qualify for promotion to the second division, scoring 8 goals and one more in the Copa del Rey.

After three years proving his level in 2ª B he joined UD Almería, being essential during the Playoff to LaLiga Santander last season and having more than 40 appearances in the first two seasons. This season he has impressed everyone, and with six games left, he is the player with the most games played in the squad, top assistant and second top scorer.

We are proud to welcome you to our home.