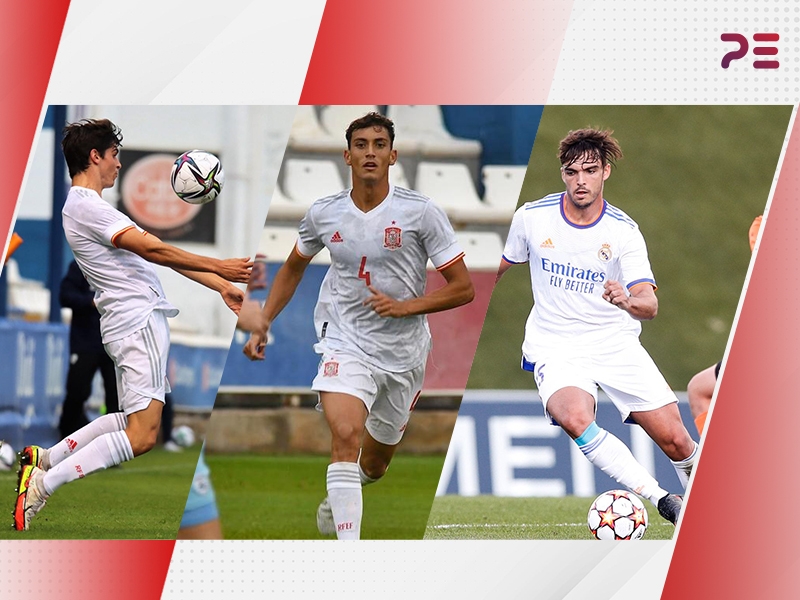 Two regular call-ups and a debutant with the U19 Spanish national team will represent Promoesport in the first list of 2022, for the training sessions in Alfaz del Pi, Alicante, from the 17th to the 19th of January. Juanlu Sánchez (Sevilla), Rubén Iranzo (Valencia) and Raúl Asencio (Real Madrid) are the three young players born in 2003 represented by Promoesport who made it to the national coach’s list.

The three are jewels on their respective academies to develop and take into account for the next few years. Juanlu Sánchez is frequently included the call-ups of the Sevillian first team, with whom he has already made his debut in LaLiga Santander and the Copa del Rey, and is undisputed with U19 Spain. Rubén Iranzo is also an important piece for the national squad, starter in most of the matches corresponding to the qualifiers for the U19 European, and has also earned his first minutes in the league with Valencia. On the other hand, Raúl Asencio is the debutant in the list of the national team, but he is proving his quality with the Madrilenian U19, with whom he ended up on top of their UEFA Youth League group, and is knocking on Castilla’s door.

The U19 Spanish national squad is, after three games, second in the group 8 in the third round of the qualifiers, tied with Belgium at 7 points, as they won two and drew one. The names on the coach’s list are starting to outstand on the academies of great Spanish clubs and to meet Spanish top-flight, so Spain will be, surely, among the favorites to lift the trophy.