Nabil Fekir extends his contract with Real Betis until 2026 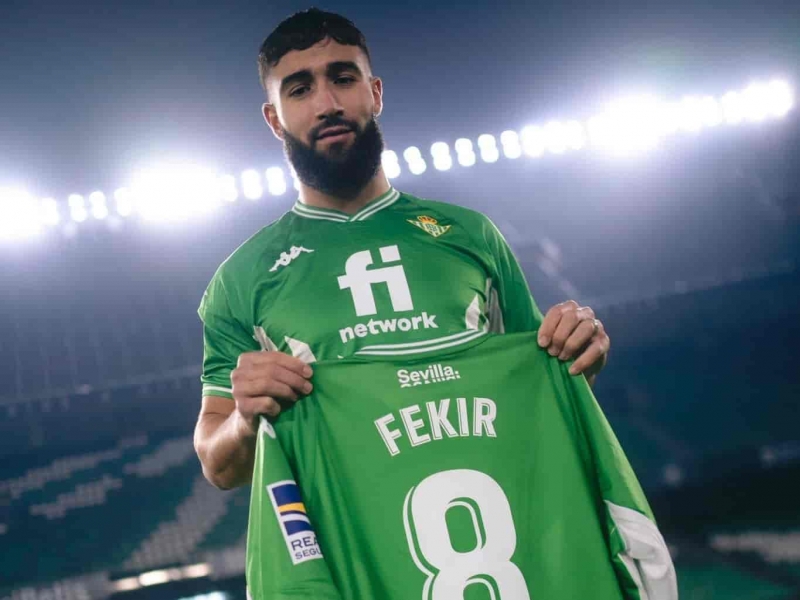 The news that both Real Betis and their supporters have long been awaiting has already become reality on this start to 2022. Nabil Fekir, represented by Promoesport, has extended his contract with the white and green club until 2026, and his release clause will still be 100 million euros. The French international, best player in the team on the first half of the season, has found his place in Sevilla and has got everyone’s heart in his pocket through his superb performances and his magic tricks with the ball on his feet.

His contract extension has been announced by the club with a video where a portrait of him is done. At a portrait’s side it can be read: “Tenemos genio hasta 2026” (“We have got genius until 2026”). There is no better word to describe a footballer who is raising Real Betis to unimaginable heights and, most of all, to a playing level that makes every supporter of this sport fall in love. From a statistical point of view, he is doubling his last season numbers at this stage of the year, but his influence in the games is total, in any offensive aspect.

Nowadays, the team sits third in LaLiga Santander, has gone through the UEFA Europa League group stage and has advanced to the round of 16 in the Copa del Rey, where their biggest rival, Sevilla, is awaiting. Asked about the game in an interview on the occasion of his renewal, Nabil Fekir says: “We want revenge on this derby”. His ambition has no limits and his commitment with the white and green team is out of any doubt.