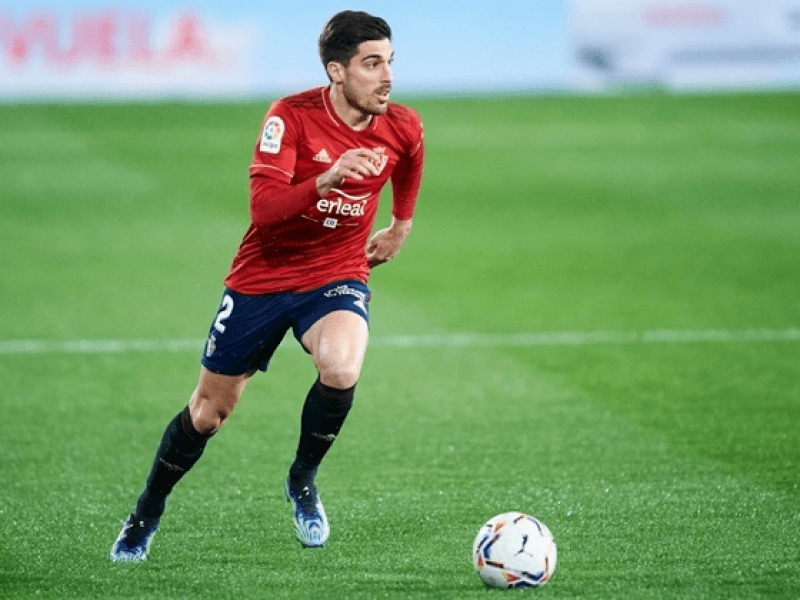 The Alicante right-back is establishing himself in the system of CA Osasuna since he arrived in July 2018 and is a regular starter for Jagoba Arrasate.

It is already his third season in Pamplona and from the first moment, he convinced managers and supporters. In his first year, he played 38 matches in the Second Division and impressed with his ability to alternate offensive and defensive play in a team that was proclaimed champion with eight points difference over his chaser, Granada CF.

In the following two seasons he did not give way and maintained the confidence he has earned and his great form. In a fast-paced style of play where transitions and crosses into the box are so frequent, Nacho Vidal feels completely at home. His speed and technical quality make him the perfect winger for the rojillos.

In the current season, he has played 23 games out of 25 matchweeks and the momentum that the team has adopted in the month of February is practically unbeatable.  They have collected three victories against direct rivals and have managed to move away from the relegation zone.

Nacho Vidal is a key player in the dressing room and very much loved by the red and white fans, who value his dedication, quality and commitment every time he wears their colours.