Pervis Estupiñán scores in the Ecuador win against Chile 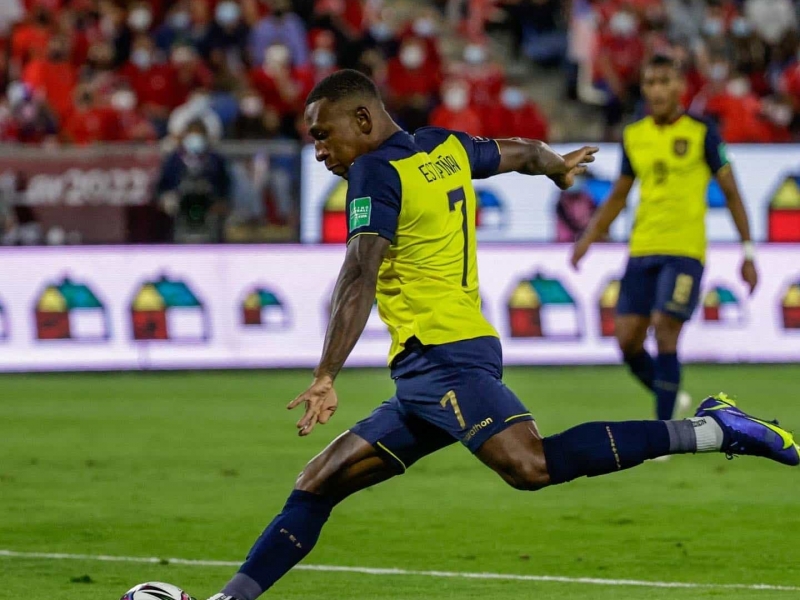 The Ecuadorian national team made a big step ahead on their path to the Qatar 2022 World Cup. Their victory, 0-2, against the Chilean team allows them, on the one hand, to settle down on the third position with 23 points, 6 above Colombia and Peru; and, on the other hand, to leave a direct rival like Chile 7 points behind. They have four matches left, where they will face Brazil, Peru, Paraguay, and Argentina.

Pervis Estupiñán, represented by Promoesport, opened up the score with a spectacular goal, a crossed shot from the left flank of the box. His outstanding performance made him the best rated player of the game according to SofaScore and secure him a place on the best eleven of the matchweek in South America. He also got 6 out of 7 won duels and 30 out of 38 completed passes.

However, Estupiñán has been fundamental for Ecuador during the entire qualifiers. A starter in 13 out of 14 matches so far, his statistics show the importance that the Villarreal player has on the national team. On the attacking side, he scored two goals and gave one assist, besides completing 28,8 passes per game, on an 80% of success rate, and 1,3 key passes per match. On the defensive end, his 5,8 won duels every 90 minutes, winning the 53% of them, stand out.