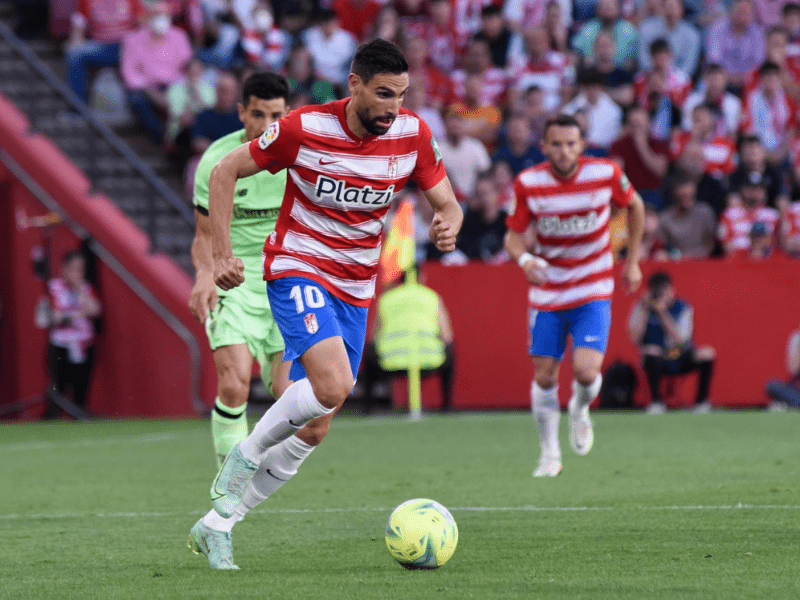 Granada CF won a very important game against one of the rivals at the top of the table, Athletic Club. The result of the match was 1-0 in favour of the Andalusians, a goal that was scored in the first half after a great collective pressure. Víctor Díaz, Luis Milla and Antonio Puertas, all represented by Promoesport, were in the starting line-up for the Nazarí team, as usual, and played a very complete match on a physical level. The captain Víctor Díaz was imperial in defence, boycotting the rival striker at all times and not allowing him to score any goals. Milla played a brilliant game in midfield and helped his team in defensive tasks, demonstrating his skills.

Granada's number 10, Antonio Puertas, had a very good first half and contributed to Granada's goal by playing on the right flank, causing a lot of damage to the Bilbao defence. On the other hand, Yan Eteki, also represented by Promoesport, came on in the last 15 minutes and showed a good performance, adjusting perfectly to the orders given by his coach.

For the Nazarí team, this is the second consecutive victory in just 3 days and the first at the Nuevo Los Cármenes in 2022. It also means a step forward to move away from the relegation places and ensure their stay in LaLiga Santander for next season.