Promoesport has promoted a campaign to give visibility to PDA licences 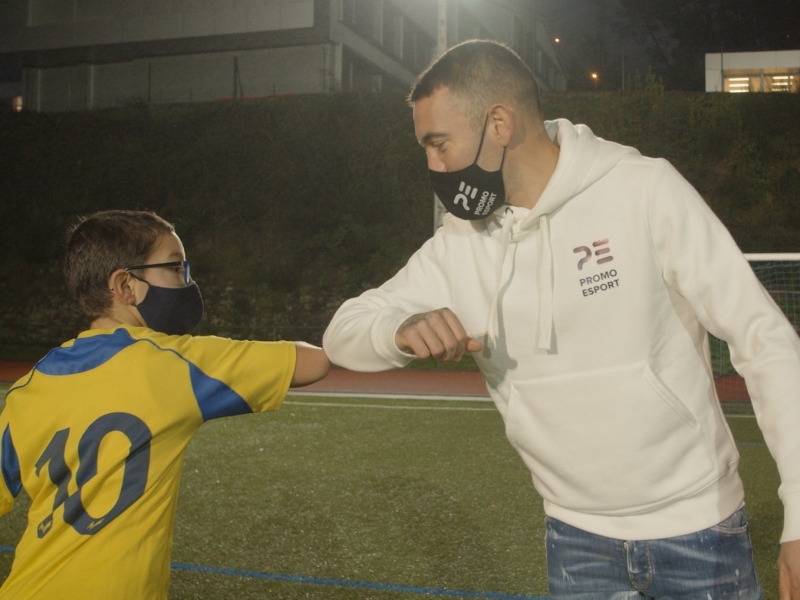 The football representation agency Promoesport, with the support of Iago Aspas and in collaboration with the Royal Galician Football Federation and the Real Club Celta de Vigo Foundation, launches a solidarity campaign to gain visibility to these licenses and raise funds to increase its awareness. Promoesport, in collaboration with the Fundación del Real Club Celta de Vigo and the Real Federación Gallega de Fútbol (Futgal), has promoted a campaign to promote the knowledge and expansion of PDA(Authorized Disabled Person) federative licenses. These licenses were pioneered by Futgal and allow children with disabilities to compete in a category lower than their age, a fact that benefits their development and social integration.

The campaign, whose ambassador is footballer Iago Aspas, represented by Promoesport, has its origin in the case of Álex, a young player from AD Montecastelo. He is a Galician boy who managed to be the first and until now the only beneficiary of PDA Licenses in all of Spain. Something that was achieved thanks to the insistence of his team, which made the request to the Futgal. After months of talking, Futgal obtained authorization from the Royal Spanish Football Federation to create this type of license for the first time in all of Spain. The objective of the initiative is to give visibility to these Licenses, until now unknown by many Galician families, so that they can benefit from them. And, in addition, Promoesport has made a special donation and has enabled a platform to raise funds that will be donated to the Galician Football Federation to help those clubs that request PDA licenses to integrate disabled children.

It has been shown that sport provides health benefits for disabled people such as reducing stress, improving motor skills or improving their social relationships, among many others. Therefore, the campaign intends that it is not an initiative that only stays in Galicia, but that it serves so that the rest of the autonomous federations and other sports can join the creation of PDA Licenses in their regulations.

Sport can be the tool capable of changing the reality of many families around the entire national territory. From Promoesport we want to give a unique gift on these special dates and we trust that entities, sports organizations, the media, clubs, professionals and amateurs, who make up the world of sport, join this initiative and together help spread the word about this campaign to expand the knowledge of PDA Licenses that can help so many families.

Join us and together we will help dozens of children to enjoy their favorite sport! Promoesport