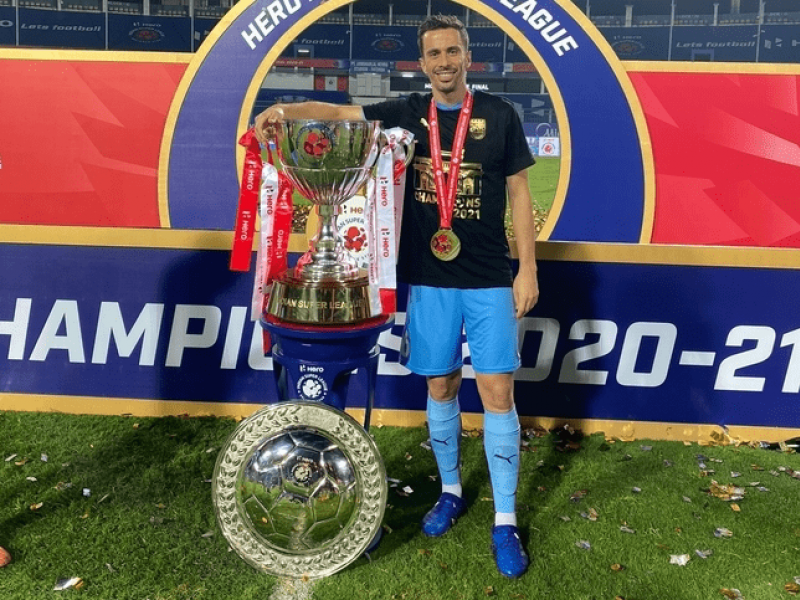 Mumbai City FC midfielder Hernan Santana has achieved glory in his first season in the Asian country after overcoming a goal in the final of the Playoff for the title.

The 2-1 victory of Mumbai City FC, a team part of the Manchester City Group franchise, means the qualification to the group stage of the Asian Football Confederation (ACF) Champions League. The Canary Islands player, represented by Promoesport, has been a key player in both achievements due to his experience in European football and has enjoyed the confidence of Spanish coach Sergio Lobera since he arrived to the Asian giant.

Hernán was in the starting eleven, and together they defeated ATK Mohun Bagan of Calcutta, the reigning champions. Mumbai City FC won both the regular league and the playoffs, in a match that got complicated after an early goal by the opposition.

They heroically managed to score the winning goal in the 90th minute when everything looked like it would be decided in extra time. Hernán Santana once again showed his defensive solidity and his ability to bring the ball out from the back without hesitation in the grand finale.

His loan to Mumbai City has come to an end in the best possible way, leaving great sensations and with the desire for him to continue for one more season on behalf of his fans.