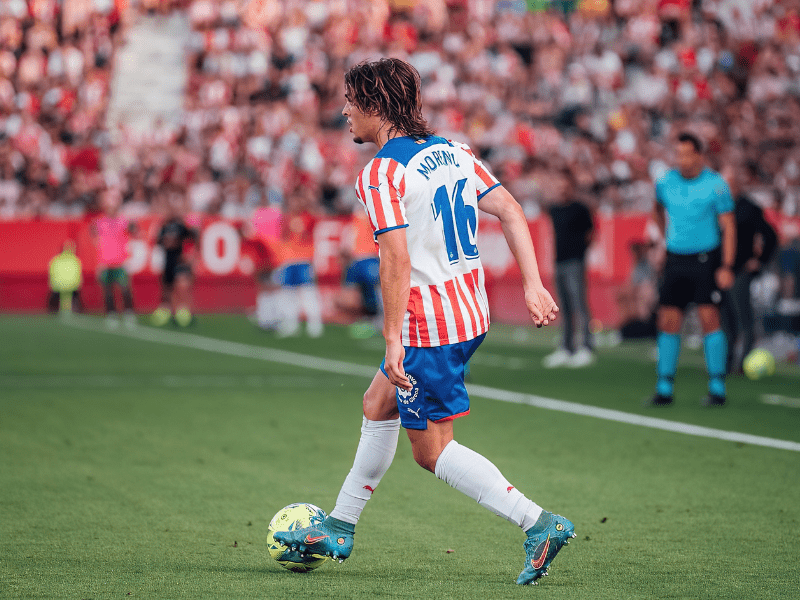 The 2021/2022 season is over for all of Spanish football, as the second leg of the final of the playoff for promotion to LaLiga Santander was played yesterday. It was a decisive match between Tenerife and Girona, which was played on Tenerife's island; the winner of the tie would get the last ticket to compete in the top flight and Girona came out on top.

The Girona of Pablo Moreno, footballer represented by Promoesport, has managed to return to promotion to the first division for the second time in its history. After achieving it in 2017 and staying two seasons in LaLiga Santander, they were relegated in 2019. It was the third consecutive promotion playoff final for the Catalans, after losing in 2020 against Elche and in 2021 against Rayo Vallecano.

Born in Granada, but graduated in the youth ranks of Barça, at the age of 16 he signed for Juventus' youth team. After two seasons at Torino, he signed for Manchester City, who loaned him to Girona to join professional football. At the age of 20, he is a footballer with a lot of projection and who has also been international with the Spanish national team U-16, U-17, U-18.

Pablo Moreno, who lived through the tough defeat last year, was able to celebrate yesterday the promotion of his team, after living a very difficult season, in which they started in the relegation places at the beginning of the season. For Moreno it is his second season in Girona, where he has already made 47 appearances and scored 3 goals. This year he has played 18 games and has made the most of the opportunities given to him by his manager.