Rafa Mujica signs for Arouca of the Liga Nos 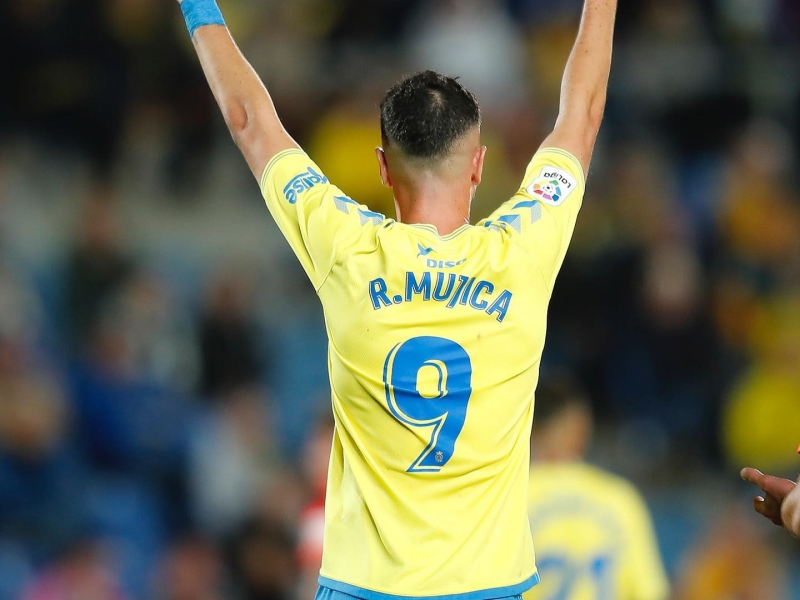 Rafa Mujica, footballer represented by Promoesport, has decided to start a new adventure in Portuguese football with FC Arouca of Liga Nos. The Canary Islands striker comes from UD Las Palmas, the club of his homeland and where he played in youth categories until he was 16 years old.
Mujica signed for FC Barcelona's U19 in 2016 and after making a name for himself, he was promoted to Barcelona B the following year. There he played two seasons and had the privilege of making his debut in LaLiga Smartbank. In 2018 he spent 6 months on loan at UE Cornellà and played in the promotion playoff. After a great season he returned to Barça B and was the striker of reference. In 2019 he decided to move to Leeds United.
After a brief spell with the English side he returned to Spain to gain experience in professional football. First to Extremadura in Segunda División, then to Villarreal B in Segunda B, then to Real Oviedo and finally to UD Las Palmas, both in LaLiga Smartbank. He has remained at UD Las Palmas to date.
Rafa Mujica, at 23 years of age, is a striker with a lot of experience in the silver and bronze categories of Spanish football. For this reason, the northern Portuguese team has decided to count on his services as a reference in attack.